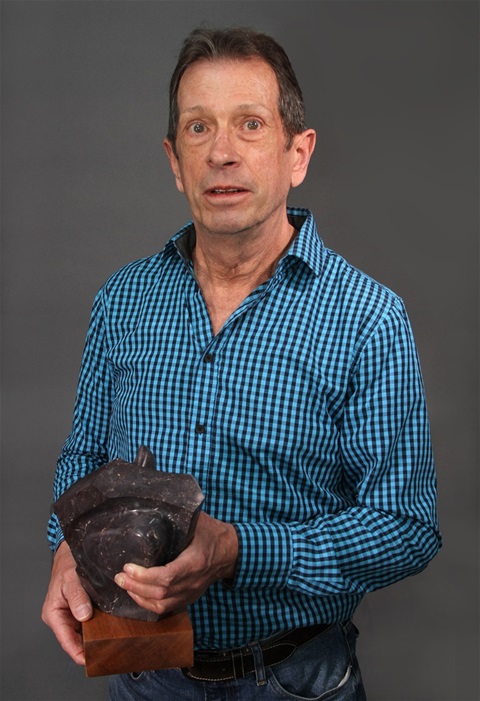 Rick Rollenhagen is a Cleveland-based artist.  Prior to moving to Cleveland, he showed his work in several European cities and in the Tampa Bay area.  He has been honored by his inclusion in the Florence Biennale, Italy, and a residency in Budapest, Hungary.  He was awarded a scholarship in 2019 to continue his work in stone carving at the Carving Studio and Sculpture Institute in West Rutland, Vermont.  His work was shown in June 2019 in an invitational show at the Wasmer Gallery at Ursuline College in Ohio.  One of his recent stone sculptures is featured in the Cleveland 2020 Calendar, 52 Weeks-52 Artists-52 Works, and in the Baldwin Wallace University Invitational Show to be held in November-December 2019.  He was the First Prize Winner in the 2020 "Shapes" competition sponsored by Artrepreneur, Inc. He currently teaches Stone Carving in the Cleveland Institute of Art Continuing Education Program.  He had a one-person show at Heights Arts in June through August 2021.  In 2022, his work was selected for exhibition in the invitational shows of Converge and Reveal.  Also, in 2022, he won a first prize for one of his linocut prints in the Black and White Juried Show at Stella's Art Gallery.  His sculpture Athena was accepted into the 2022 May Show at Lakeland Community College in June 2022.